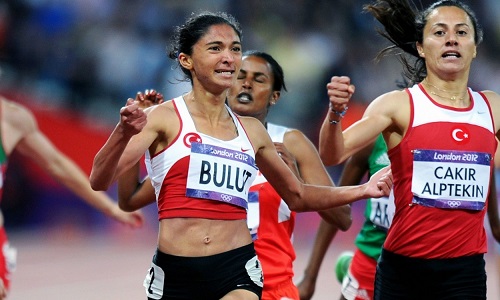 According to  insidethegames.biz Bulut  has failed drugs test and more likely will loose her London Olympics medal. Bulut's training partner Alpetkin received an eight year ban for abnormalities in her biological passport (ABP) and lost her Olympic gold last year.

Like Alptekin, Bulut is sanctioned for abnormalities in her biological passport (ABS). The athletes biological passport was launched by IAAF several years ago in a conjuction with WADA. ABP allows doping experts to monitor athletes blood values over long period of time and detect if an athlete has used the doping while training or competing.

The women's 1500m final at London Olympics is now somewhat shocking as 6 athletes after the Olympics have been banned for doping.

Now the London women's 1500m  final podium looks like this.