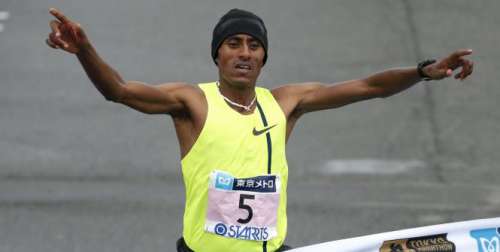 The Ethiopian marathoner  Negesse is the first athlete revealed  in connection with a nine failed doping tests among Ethiopian elite runners.

According to Guardian more world class Ethiopian runners who have failed drugs test will be announced in a week or so.

The source says that another marathoner, who have failed doping test will be revealed today or tomorrow.

Negesse holds a world class marathon personal best of  2:04:52 when he took 4th at Dubai marathon in 2013. Last year in Tokyo he beat Olympic champion Steven Kiprotich of Uganda, finishing first after 2:06:00.