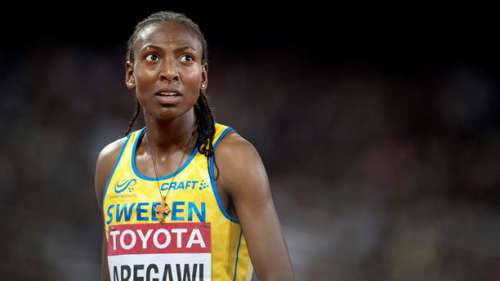 Aregawi who took the women's 1500m gold at the 2013 IAAF World Championships in Moscow has failed a doping test and has been suspended by IAAF  while under investigation.

It is believed that Aregawi's doping samples were collected  while she was training in Addis Adaba, Ethiopia in January. The IAAF did not reveal what prohibited substance made athlete to fail the drug test.

Aregawi voluntarily withdrew from competition and asked for her B sample to be tested.

" It is with dismay and with extreme disappointment we have to leave this statement.  We are totally opposed to all forms of cheating, doping and illicit funds. We have a zero tolerance, and this is totally unacceptable.” Said Swedish Athletics general secretary Stefan Olsson.