• Kamworor and Cherono to defend world half marathon titles

Athletics Kenya has named its team for the 2016 IAAF/Cardiff University World Half Marathon Championships. 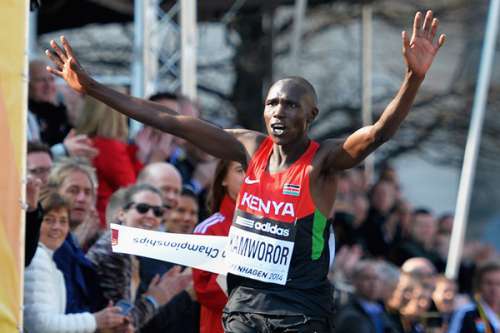 In the list there are both champions, Geoffrey Kamworor and Gladys Cherono, who are getting ready to defend their world half marathon titles in Cardiff on March 26.

The The IAAF/Cardiff World Half Marathon Championships will take place on Saturday,  March 26