World champion Genzebe Dibaba of Ethiopia will attempt to break world indoor mile record on February 17 at the at the Globen Galan in Stockholm. 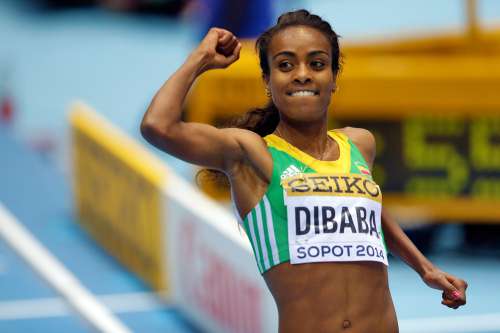 Dibaba will be joined by the former world indoor champion and European indoor champion in the 1500m Abeba Aregawi of Sweeden. Women's world indoor mile record belongs to Doina Melinte of Romanina who clocked 4:17:14 in 1990 in  an indoor meeting in the United States.  Over the last two indoor seasons Dibaba has broken two world indoor records (8:16:60 in 3000m in 2014 and 14:18:86 in 5000m in 2015) in Stockholm's Ericsson Globe indoor arena.

The meet organizers said that there will be two other world record attempts. First Ayanleh Souleiman will try to take down Wilson Kipketer’s world 1000m indoor record of 2:14.96, while Qatar’s Abdalelah Haroun will be targetting the world indoor best of 1:00.09 in the 500m.