The son of disgraced ex-IAAF president Lamine Diack, Papa Massata Diack, said he was ready to “give evidence" about doping cover-up in Russian athletics, "but in Senegal”. 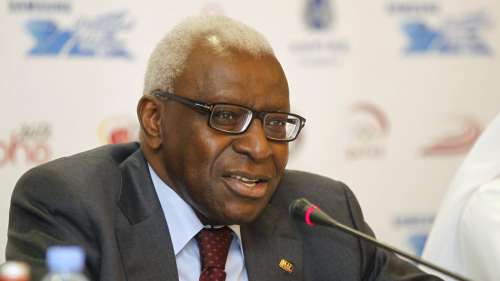 However, Papa Diack, a former marketing consultant with the IAAF, denied any allegations of bribery and refuted claims he helped finance Senegalese president Macky Sall’s election campaign in 2012.

“I’m in Senegal, where it’s (possible) to send a letter of request. I’m a Senegalese citizen, but not a French citizen,” Papa Diack told Senegalese radio station RFM.

“I’m absolutely calm. After the investigation, lots of surprises are going to be revealed.
“People wanted to say we covered up doping cases in exchange for secret payments. I never took part in financing (Senegalese political) rivals, in distributing money to them.

“I never received any money from the hands of Valentin Balakhnishev (the former Russian Athletics Federation president) ,” he added.

The 82-year-old Lamine Diack, who was arrested by French investigators in November for bribery, has been also charged with corruption, money laundering and conspiracy.

Diack has been accused to receive bribes of 1.5 million euros from a former IAAF treasurer Valentine Balakhnishev to cover up positive doping tests among Russian athletes and to help fund Sall’s presidential election campaign.

On Tuesday a British deputy general secretary of the IAAF, Nick Davies, resigned after Le Monde posted an email showing he was aware about doping cover-up among Russian athletes.

In the email which was sent to Papa Massata Diack, Davies discussed the best way to reveal possible Russian dopers without damaging the 2013 World Athletics Championships that took place one month later in Moscow.