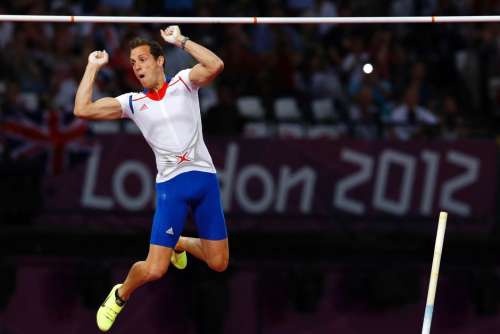 The Olympic pole vault champion Lavillenie won his season opener clearing 5.71m. The next height of 5.83m Lavillenie was very close, but failed to clear in all three attempt.

Jérôme Clavier, Kevin Menaldo and Valentin Lavillenie finished 2nd, 3rd, 4th on a countback since they all cleared 5,61m.

"It was complicated for me today." Lavillenie commented to local reporters.  "I was tired and I was not recovered 100% from my training."  the Olympic champion said." However, at the end of the day we were satisfied with two to three points in my technique.  A 5.83m lacked a bit of success, but there is nothing dramatic about it."