Former IAAF president Lamine Diack, who was placed under investigation by French authorities on suspicion of corruption and money-laundering, has resigned as president of the International Athletics Foundation (IAF), the athletics governing body (IAAF) announced on Tuesday. 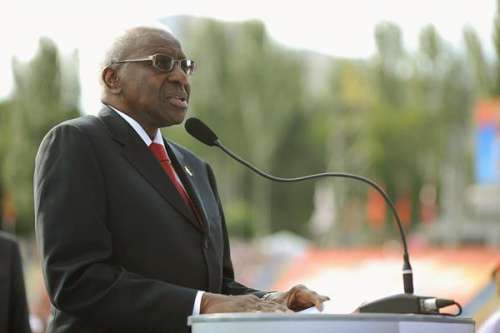 The IAAF said on Tuesday that it received a letter from Diack resigning his president position with the IAF.

The IAF is a Monaco based organization that works with IAAF and its member federations in the development and promotion of track and field around the world and to organize the year-end athletics gala in Monte Carlo.  This year's IAF athletics gala was canceled after French authorities last week arrested Diack on suspicion of taking bribes.