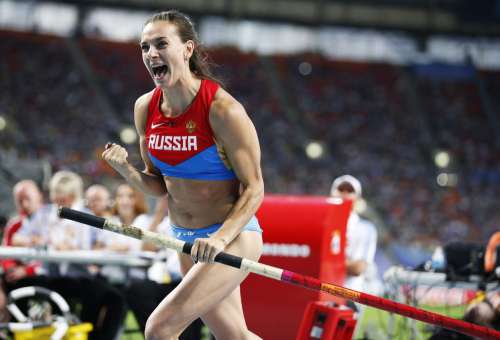 "If everything goes as planned, I will be in a new role next year. I won't say in which role for the time being." Isinbayeva told AFP at a meeting of the world's Olympic associations in Moscow

The two time Olympic champion retired after winning the 2013 IAAF world championships in Moscow and giving birth to her daughter.

However the Russian pole vault star later announced she would return to Athletics if she had a chance at winning gold in Rio Olympic Games.

Isinbayeva also told AFP that her preparation for Rio was "going well" but she did not reveal her competition calendar leading up to the Games.

In 2009 season in Zurich  Isinbayeva set her still standing world record of 5.06m, becoming the first women in history to clear the 5-metre bar.