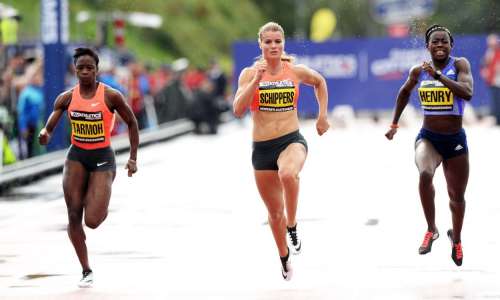 Despite difficult weather conditions Schippers managed to set a new Great City Games 100m record of 11.01 seconds on the streets of  Tyneside. Second place took Brazilian Rosangela Santos with a time of 11.21, while third place with a time of 11.21 took Great Britain's Desiree Henry.