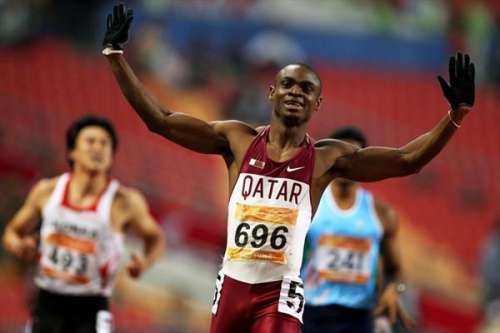 However Ogunode missed out an opportunity to produces a sub 10 performance as he started to celebrate his victory few meters before the finish line.  The previous meeting and stadium record was held by Trinidad and tobago sprinter  Keston Bledman, who clocked 10.04 in 2013. Watch Video>>

Frenchman Christophe Lemaitre edged out Jamaica’s Rasheed Dwyer for the win  in the men's 200m race. Lemaitre clocked  20.31 into a -0.4m/s headwind just 0.02 seconds ahead of  Dwyer. Watch Video>>

In a very close finish Russia’s 19-year-old Konstantin Tolokonnikov  edged Morocco’s Amine El Manaoui in the men’s 800m. Both men were given the same time of 1:46.12.