Turkey's Ramil Guliyev produced the top mark at the IAAF World Challenge meet in Zagreb on Tuesday night as he took the victory in the men's 200m with a massive personal best 19.88 seconds. 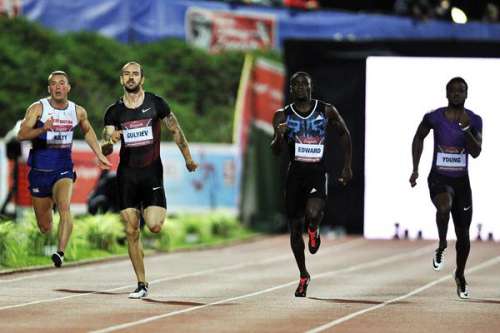 Guliyev  beat high class field in the men's 200m setting a  stunning new national record and this year's world's 6th fastest time of  19.88 seconds. It was the first time the Turkish sprinter went under 20 seconds in the 200m. Watch Video>>

About one hour earlier Guliyev took third place in the men's 100m in 10.18 seconds. Jamaica's sprint star Asafa Powell won the 100m clcoking 9.96 for the win ahead of American Mike Rodgers, who crossed the line second in 10.00.  Video>>

In the men's javelin Germany's Thomas Rohler threw 85.44m for the win ahead of compatriot Andreas Hoffman, who threw 84,98m. Olympic champion Keshorn Walcott of Trinidad and Tobago with a tossed 82.99m to for third.