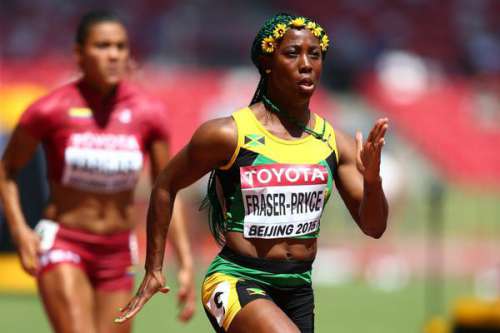 The 7-time world champion Fraser-Pryce clocked 10.98  into a -0.8m/s headwind to shave off one hundredth of a second off Ottey’s 25-year-old  meet record. Video>>

“It was a big surprise to hear that I broke Ottey’s meeting record, I did not know about that,” said Fraser-Pryce. “I was excited to be here. I hope to have the chance to come back to compete in this meeting next year.”

“I feel good about breaking the meeting record but I wanted to run faster,” said  the Asian record holder (9.91) Ogunde.