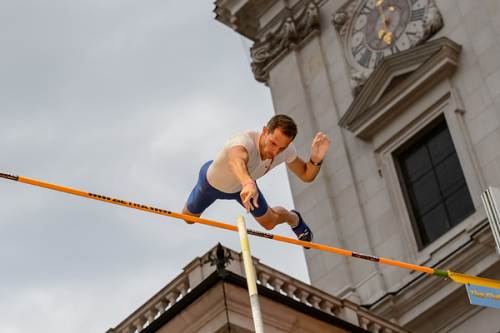 The event actually was held in support of the charity that has been set up for Kira Grunberg, the Austrian pole vaulter who was left quadriplegic after a training accident five weeks ago.

“There are more important things than this competition, though,” said Lavillenie, who after hearing  about Grunberg'  condition' agreed to participate at the event without any appearance money. "I am very proud to have dedicated this competition to Kira. I hope this will give her strength to fight and continue to grow as she does.” he added.

The meeting organizers collected  €18,000 for Grunberg and her family . This money came from the athletes’ budget and donations by the spectators.

“It is amazing that a world-class athlete still gives it their all, even if no money is involved. This shows his great commitment and personality.”said meeting director Karin Walkner.