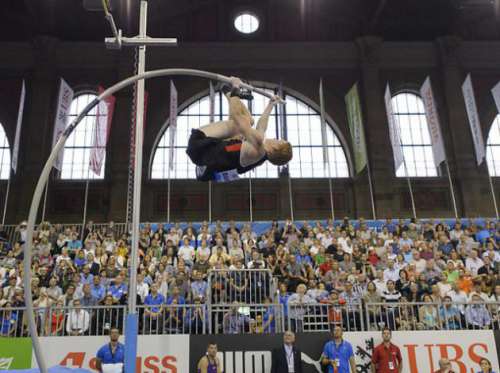 It was Canada's Shawn Barber who prevailed by setting a new Canadian indoor record of 5.92m.

“It wasn’t very easy to find the feeling for the competition after the World Championship”. “I do feel the jetlag from Beijing, I would have liked to challenge Shawn but I’m happy with my 3rd place tonight” said Holzdeppe.

Barber then asked to raise the bar  to 5.92m  which which he cleared with second attempt and beating his own Canadian indoor record. The newly crowned world champion then tried to attack 6.01m, but it was just a little too high.

“It was a great experience and definitely a difference to outdoors but it was fun”. Said Barber.

Weltklasse Zurich continues on Thursday, September 3 with lots of action in Letzigrund Stadium. 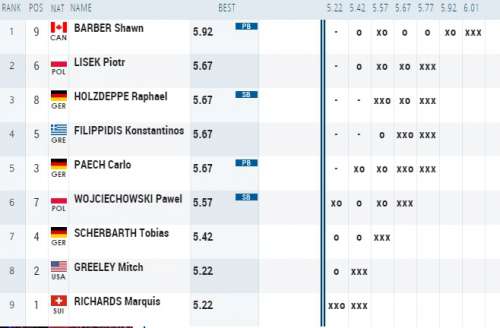