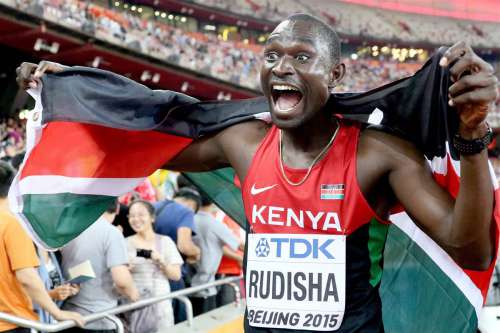 Kenyan athletes also won 7 silver and 3 bronze medals. Jamaican team placed second in the medal table ahead of the United States who finished in third place.

The last gold medal for Kenyans came on Sunday after Asbel Kiprop with a massive kick over the last 100m took home his third straight world 1500m title and secured Kenyan team's #1 spot in the medal table.

"I'm so proud of myself to become a member of this exclusive club of three-times world champions," said Kiprop after the race.

"Our young people have once again shown that they are as good as the world's best and brightest."  Athletics Kenya president Uhuru Kenyatta tweeted.