Great Britain's Sebastian Coe was elected as the sixth IAAF President following a vote at the 50th IAAF Congress in Beijing, China on Wednesday, August 19. 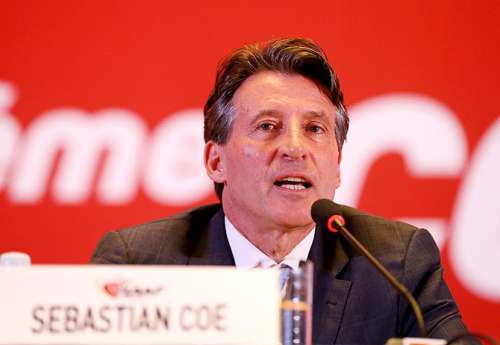 "I am deeply honoured that our sport has placed its trust in me. There is no job I want to do more – nor with greater commitment," said Coe.

"We have a man who has devoted his life to the sport." said current President Diack.

"I know that athletics in the future will grow, and become stronger and stronger," added Bubka who was later elected as IAAF vice president.

Coe will take over office after the conclusion of the IAAF World Championships, in Beijing 2015 on August 31.

“I’m very flattered, very, very honoured to have been elected President. I haven’t had much of a chance to let it sink in,” said two time Olympic champion Coe.

"It has been a long road. I joined an athletics club when I was 11, I had the joys of Olympic competition and I the joys of being able to put on one of the greatest sporting events ever, but this for me is the pinnacle, it's my sport, it's my passion, it's the thing I always wanted to do.

"Lamine has left us with an extraordinarily strong foundation and one aspect of that foundation is that we are a truly global sport. I will do my best to continue from those firm foundations

"In 2001 and 2002, I sought the advice of Lamine Diack about playing a greater role in the sport and in 2003 I became a Council member. In 2007 I sought his advice again before I became a Vice President. 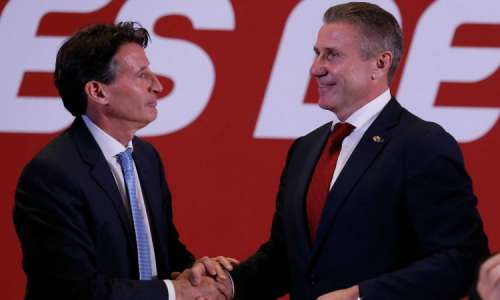 "It has been an apprenticeship that has helped me understand greater the balances and nuances within the sport.

"I want to thanks the (member) federations but I also want to thank those that cover and broadcast our sport. We tend to forget that the media is most potent sponsor of our sport; and I will maintain my chairmanship of the media committee.

"I made the point absolute unflinchingly (to the Congress) this morning, you have a president who will devote full-time attention to the management and the direction of the IAAF. I would not have thrown by hat into the ring if I felt that I would be short changing this organisation.

"It has been a long and hard campaign but it has given us the chance to pause for breath, the chance to review and renew itself," added Coe.

On Tuesday, just one day before elections, Coe reaffirmed the key policies that he would implement if elected IAAF President.