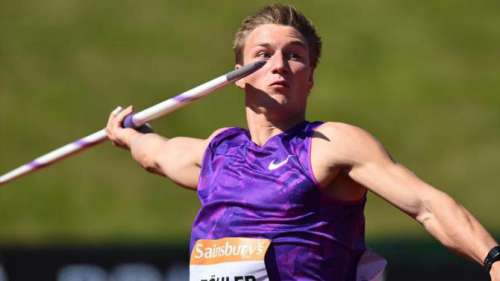 Röhler is now one of the favorites to win gold at this month's World championships in Beijing.  this season only Julius Yego of Kenya and Finland's Tero Pitkamaki have thrown the javelin farther than the German.