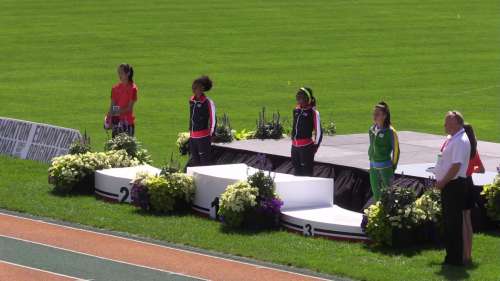 The 19 year -old  Aguilar Martinez set the world junior record of 63.86m in her first attempt. In second round she also managed to throw a massive 63.33m.

Martinez's result was more than 10m better than the rest of the field as silver medal winner  Estefany Chacon of Venezuela tossed  53.73m.

Eloah Scramin of Brazil concluded the podium with a throw of 53.38m.