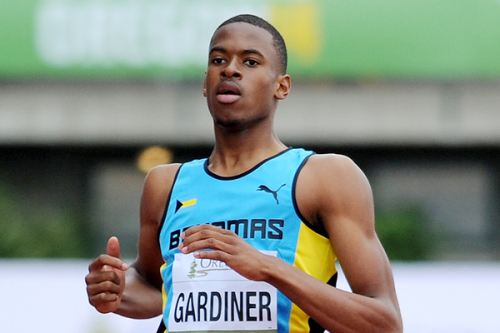 Jamaican Veronica Campbell-Brown won women's 100m race in 11.22 seconds. Trinidad and Tobago Michelle-Lee Ahye was second in 11.29 while Simone Facey of Jamaica was third in 11.30.