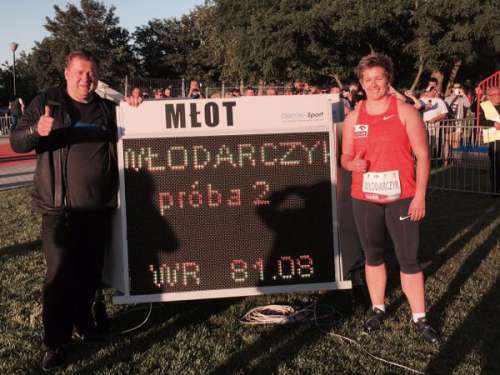 The two time European champion Włodarczyk is the first women in history to throw hammer farther  than 80m.