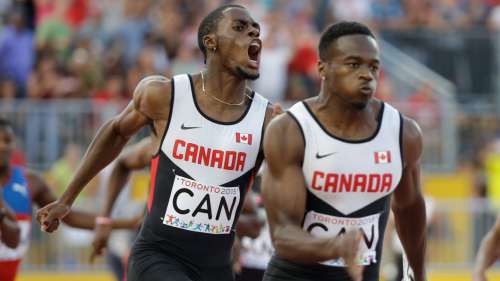 Cubans who took silver were disqualified for competing in a different order than they submitted before the star.

for two hours Cubans were listed as silver medal winners before they were removed from the official results lists by meet officials.

Team Canada was disqualified after taking gold medal. After protests from other teams it took a while for officials to decide either to disqualify them or not.

For a similar violation, Canada was removed from an Olympic bronze at London 2012 Olympics.

The officials said they didn't see any evidence of the lane infringement until yours truly pointed it out. #TeamTTO pic.twitter.com/f9dFPBfMy8

Another team that was disqualified from this final was Antigua & Barbuda while Jamaicans did not finish the race.