South Africa's Akani Simbine broke the 10 second barrier in 100m for the first time in his career at the 20th European Athletics Classics Meeting in Slovenia on Wednesday (1). 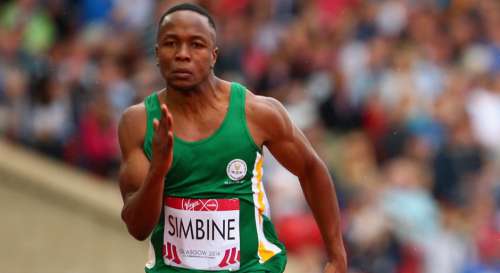 The 22-year-old Simbine won the 100m event in a new personal best time of 9.99 seconds becoming the 103rd sprinter to go under 10 seconds.


In the men's 400m race European and world indoor champion Pavel Maslak of Czech Republic set his seasons best time of 45.09 for the win.

Tuka Amel of Bosnia and Herzegovina surprised every one by winning the men's 800m race in a massive  PB of 1:44.19 ahead of Ryhnardt Van Rensburg of South Africa, who finished after 1:45.40.

World and Olympic champion Sandra Perkovic of Croatia won the women's discus throw competition with a mark of 67.23.