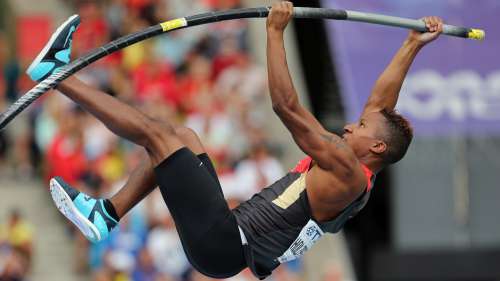 The 25-year-old German Holzdeppe cleared 5.92m beating his old personal best mark by one centimeter. Brazil's Da Silva performance was no less impressive  by twice breaking his own South American record clearing 5.87m and then clearing 5.92m and loosing only on a count-back.

If Holzdeppe already has a name in the world pole vaulting then Tiago Da Silva with his performance put himself among the top contenders to win a medal at this year's Beijing  world championships and next year's Rio Olympics.

The street athletics competition in Baku continues on Thursday, June 25 with a high jump competition. The top star in the event is Ukraine's Boghdan Bondarenko, who holds one of the best personal best marks in history of 2.42m.