• Farah, Kiprop and Makhloufi set to clash in 1500m in Monaco

Mo Farah, Asbel Kiprop and Taoufik Makhloufi will clash in the men's 1500m at next month's Monaco Diamond league meet. 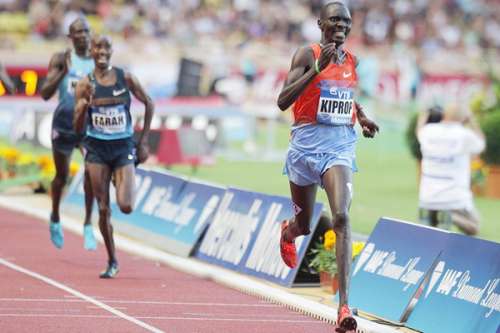 These three man all together have collected 3 Olympic games and 3 world championships gold medals ranging from 1500m to 10,000m over the past three years.

Also Monaco's track has been a success for Olympic champion over 1500m Taoufik Makhloufi of Algeria, by setting his personal best mark of 3:30.80, just one month before winning the Olympic gold.

Also in the race will be mid-distance stars such us world championships silver medalist Matthew Centrowitz of the United States and 2008 Olympic  gamessilver medalist Nick Willis of New Zealand.

IAAF Diamond League meet in Monaco is scheduled for July 17.