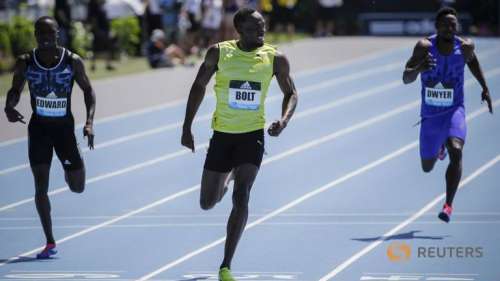 "I wasn't too happy with the time today," said Bolt. "But training has been going well and I'm looking forward to the rest of the season." Bolt said after the race.

In the men's 800m, Kenyan David Rudisha held of home favorite Boris Berian to take his first diamond league victory of the season with a fast time of 1:43.58 seconds.

Sandra Perkovich of Croatia with a throw of 68.44m continued her win-streak.