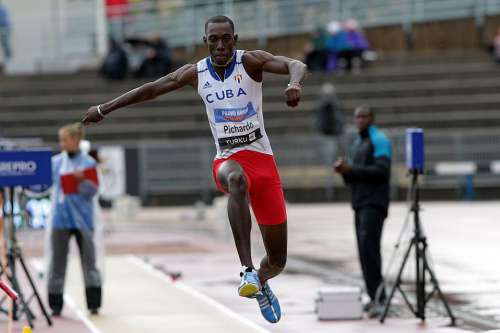 The 22-year-old Pichardo in his season opener produced a massive jump of 17.94m to set world leading mark a new Cuban record and all time #6 mark  in history in the triple jump.

Next meet for Pichardo will be next Friday at Doha Diamond league meet where he will face world champion Christian Taylor of USA.