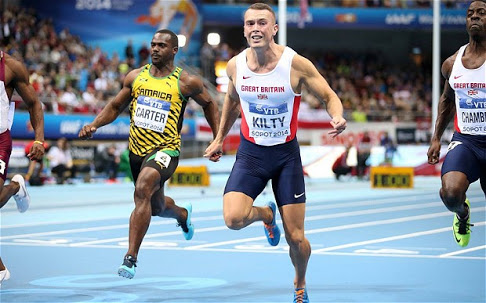 Kilty will return to track after racing at last weekend's World Relays in Bahamas where British team finished in a disappointing 9th place.

Collins, who at age of 38 set his personal best and 2015 world indoors best mark of 6.47 seconds in February in Poland will contest after a 100m race in Guadalupe on Apri 2 where he was defeated by Asafa Powell.

The meeting is expected to bring a crowd of 25,000 to Manchester city centre.

Great City Games Manchester will take place on Saturday May 9.