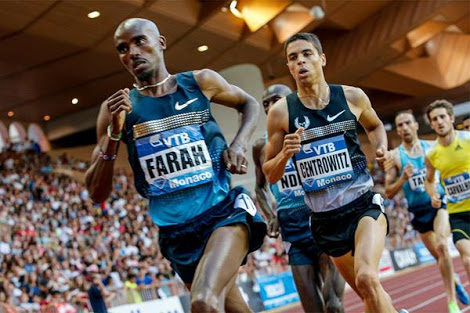 It will be the first time Farah will compete in the event since he set British record of 3:28.81 at Monaco Diamond League in 2013 July.

Mo Farah is the reigning Olympic, world and European champion over 5000m 10000m.

"The World Championships in Beijing is the main aim for this year. Birmingham will be good to work on my speed in a shorter early season race," Farah said.

"It will be good to step down to 1 500 and test myself over a shorter distance, some of the best middle distance runners in the world will be in the field so I will have to be at my best to compete with them."