• Kipsang: Kimetto is my Biggest Threat 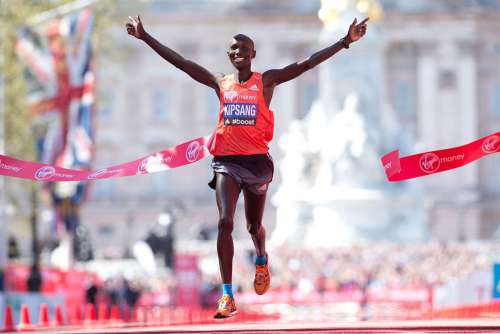 Both runners have faced twice in the half marathon, but London will be the first time that both runners will clash in the marathon race.

“I’m expecting a big challenge from Dennis. “I broke the world record in Berlin in 2013, then he broke the record last year. This is the first time we’ve met in a marathon but we’ve met in half marathons before." Said Kipsang in a pre-race conference on Friday.

“I’ve beaten him once [in Olomouc, the Czech Republic in 2014] and he’s beaten me once [in Ras Al Khaimah in 2012]. I have more experience in marathons, but he has done very well in the few he’s done.”

“My main aim is not the world record but to retain the title and run a good time,” said Kipsang. “With this kind of field, it will be a fast race and more tactical. We will start to keep the pace up and then we’ll see what happens. The main thing is it’s a very fast race so it’s about how you’ve prepared yourself and how you approach it."

Last year Wilson Kipsang won his second London marathon title with a new course record of 2:04:29. His first win came in 2012 and if he wins on Sunday he will be the first man in history to win London marathon three times.