The US born Kenyan sprinter Carvin Nkanata proved that besides mid-distance and distance events Kenyans can also be succesful in sprints. 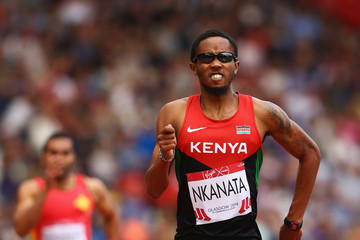 Another world leading mark was set by Great Brittains Tiffany Porter in the women's 100m hurdles. The defending European champion in her first race of the season took the top spot with a blistering time of 12.56 seconds.