Olympic and world champion Mo Farah is set to run at the first leg of this year's Diamond League series in Doha on May 15. 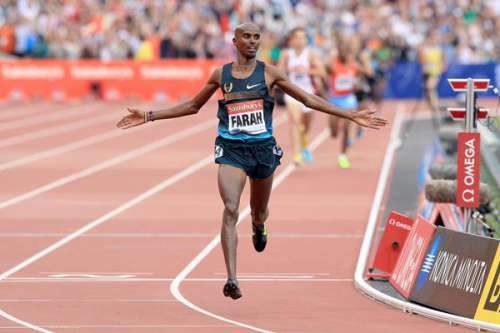 The 31-year-old Farah will open his season on the track in Doha in the 3000m race as he continues to prepare his 5000m and 10000m world title defence in Beijing in August.

“I’ve heard so many great things about the track, the crowd and the competition in Doha,” said Farah.

“There are always very strong fields in the distances so this will be a great early season test on the track for me. I’m looking forward to a good performance.”

Doha for farah will be a real test as the many top East African runners from Kenya and Ethiopia also choose Doha Diamond League to kick off their season.

The Ethiopian team will send to Doha Hagos Gebrhiwet, the 2013 World Championships silver medallist at 5000m and the 24-year-old Yenew Alamirew, who set the Doha meeting record of 7:27.26 in 2011.