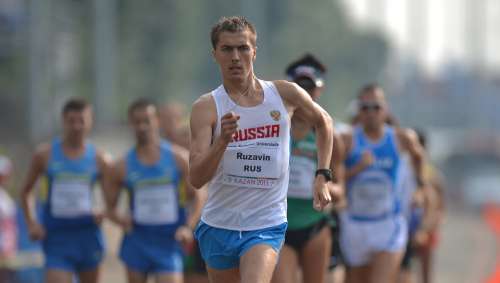 The 28-year-old Ruzavin received a doping ban for 30 months for abnormal indexes of haematological profiles in his biological passport, the Russian Federation posted in its website "rusathletics."

Ruzavin is just one of many high profile Russian race walkers that have received a doping ban. In January a list of 5 other Russian walkers including Olympic and World champions were suspended for doping.