World record holder in 5000m and 10000m Kenenisa Bekele has withdrawn from next month´s London Marathon due to achilles injury, the meet organizers announced on Monday. 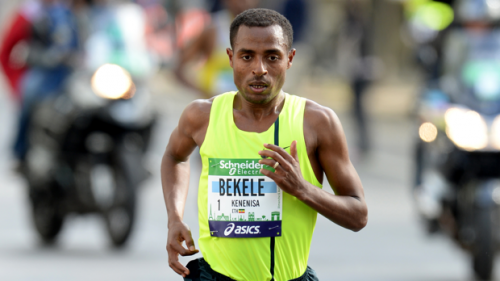 Last year in April, Bekele made a brilliant marathon debut in Paris by setting a  new course record of 2:05:04. In October the three time Olympic champion finished in fourth place at Chicago marathon in 2:05:51 and in January  he quit during the Dubai marathon with hamstring cramps.

Meanwhile the London Marathon field has been boosted with a former Boston, New York and Berlin marathon winner Geoffrey Mutai and Aselefech Mergia, who won her third Dubai Marathon in January in 2:20:02.

As of now, the elite men's race in the London Marathon contains nine sub-2:05 runners, and the women's elite race eight sub-2:21 runners.

The women´s field will lead defending champion Edna Kiplagat, who will go up against former London marathon winners Priscah Jeptoo and Mary Keitany and recently added Aselefech Mergia of Ethiopia.