Renaud Lavillenie, who last year set a world pole vault record of 6.16m in Doneck is heading to Czech capital Prague to win his fourth straight European indoor and possibly to set his best mark in the event. 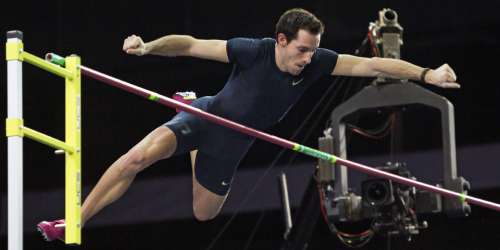 "I feel good. I am still in good shape and I am ready for my major goal for the season," he said after a meeting in Malmo, Sweden where he vaulted 5.92m.

Lavillenie holds season best mark in the world of 6.02m which he achieved during Istaf indoor meet in Berlin on February 14.

The French pole vaulter has won the European indoor championships gold in three previous occasions: 2009, 2011 and 2013.