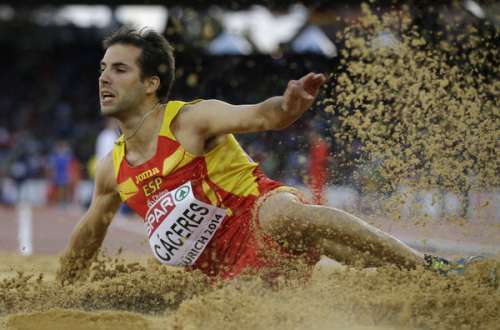 “My body still hasn’t fully recovered from the Grand Prix and with an incredibly important summer coming up where I intend on giving it my all to win the World Championships in Beijing I’ve decided to keep my focus purely on the summer season."

“While I would have loved to compete at the European Indoor Championships, I have decided to remove myself after a long deliberation,” said Rutherford.

Spain's Eursebio Caceres is suffering from pains in his ankle in his take of foot and has decided to treat his injury. Cacerers holds season best mark of 8.16m from the meet in Karslruhe  that the Spaniard won on January 31.