Former world 100m record holder Asafa Powell has been added to the men's 60m field for Malmö games on February 25. 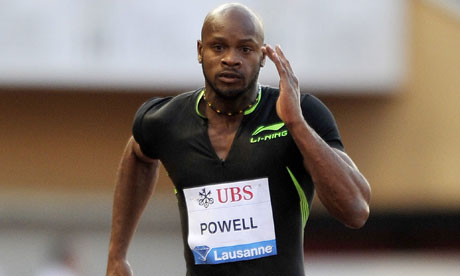 Powell who has clocked the most sub 10.00 second 100m races (84) in history ran his first race of the season on Saturday (7) at Boston's New Balance Indoor Grand Prix where he took second place with a time of 6.52 seconds. USA's Trell Kimmons won the race in 6.51 seconds.

"I have only been running in spikes för two weeks so I am very happy with this first race, says Asafa. It will be faster in my remaining two races, where Malmö is the last one." said the 32-year-old Jamaican.

On February 25 in  Malmö Games, Powell will face the 38-year-old world's season leader Kim Collins of Saint Kits and Navis, Mike Rodgers of USA and Daniel Bailey of Antigua and Barbuda.