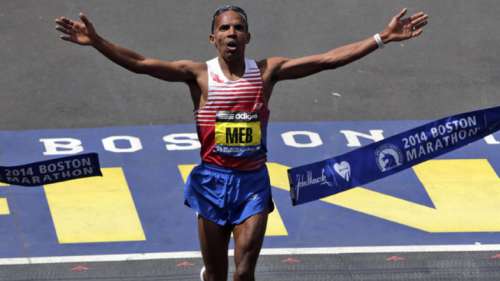 American marathon star, Meb Keflezighi, who became the first USA runner to win the Boston marathon since 1983 will be challenged by 2013 winner Lelisa Desisa of Ethiopia and 2012 winner Wesley Korir of Kenya.

Also in the race were included Wilson Chebet and Frankline Chepkwony, who finished second and third in the last year's race.

Leading american runners are Shalane Flanagan, Desiree Davila Linden and Amy Hastings. There are total of 10 women's marathoners who have personal best times under 2:23.