World's one of the best female sprinters Carmelita Jeter (USA) and Murielle Ahoure (CIV) will highlight the women’s 60m at the 2015 Sainsbury’s Indoor Grand Prix, an IAAF Indoor Permit meeting, in Birmingham on 21 February. 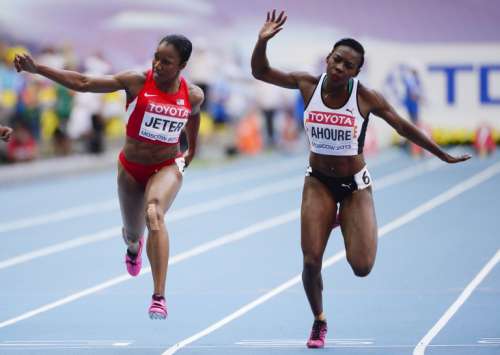 The 35-year-old Jeter, who has won multiple Olympic games and World championships medals, will return to Sainsbury’s Indoor Grand Prix after she won the event back in 2009 and 2010.

“The Sainsbury’s Indoor Grand Prix is one of the world’s best indoor meets and I’m looking forward to testing myself ahead of another important outdoor season where I’ll be looking for another World Championships medal,” said Jeter.

The 27-year-old Ahoure, the Moscow world championships silver medalist in 100m and 200m, will come back to Sainsbury’s Indoor Grand Prix in Birmingham after her win and PR run of 6.99s seconds in 2013.