• Legendary Bernard Lagat at Age of 40 Prepares for 2015 Season

Legendary runner, Bernard Lagat, who turned 40 today, is not thinking to hang his spikes up as he prepares for the 2015 season with a season opener on January 10 at the Great Edinburgh Cross Country over 4km. 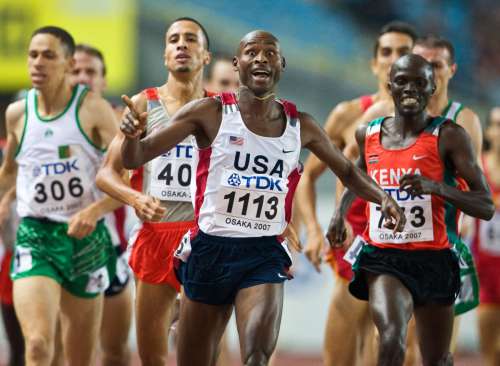 After Edinburgh cross country race, Lagat  told RunnersWorld.com that he will contest in mile race at the Millrose Games on Feb 14.  It will be a great chance for Lagat to beat current  master's world indoor record set by Eamonn Coghlan’s of 3:58:15

After Millrose games, the three time world indoor champion, will race 3000m on February 21 at the  Birmingham Indoor Grand Prix where he will try to lower master’s world record of 8:01.44. This year Lagat posted season's best time indoors of 7:38.51 in Karlsruhe and won world indoor silver medal in 3000m in Sopot, Poland.