Running in windy conditions, Brett Robinson and Veronicah Wanjiru won the 2014  men's and women's 10000m titles at the annual  Zatopek: 10 track and field meet in Melbourne on Thursday night. 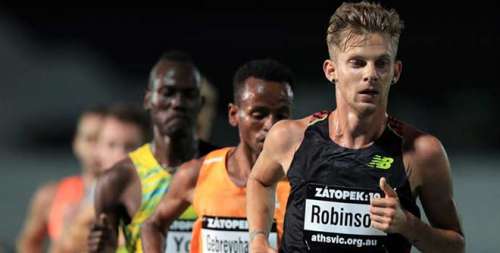 Robinson is the first Australian to win Zatopek: 10 race since Collis Birmingham in 2009.