World and Olympic champion in 5000m and 10000m Mo Farah will open his 2015 season with an International Great Edinburgh Cross Country race at Holyrood Park in Scotland's Capital on January 10. 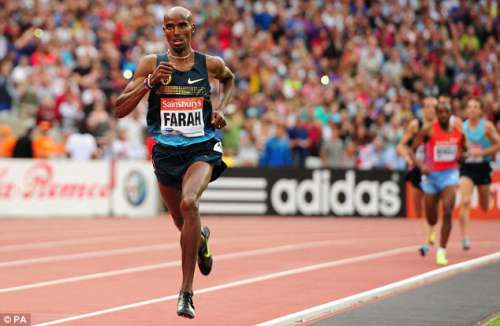 For the World and Olympic champion Mo Farah the International Edinburgh Cross Country race will be the first in four years after he won the Bupa Great Edinburgh XC race  in 2011.

“Next year will be an important year for me and I’m looking forward to returning to the Great Edinburgh Cross Country to kick off my season,” said Farah. “For many years I ran cross country to build my base for the summer track season and it will be nice to return to Edinburgh and try to repeat my winning run of 2011 there.” Farah told IAAF.org

“It was a fantastic feeling winning the Great North Run in front of a home crowd in September and I’m sure there will be plenty of support in Edinburgh for my first event in 2015,” said Farah.