The track and field governing body IAAF has ratified the men's marathon and 30km world records set by Kenyans Dennis Kimetto and Emmanuel Mutai at this year's Berlin Marathon. 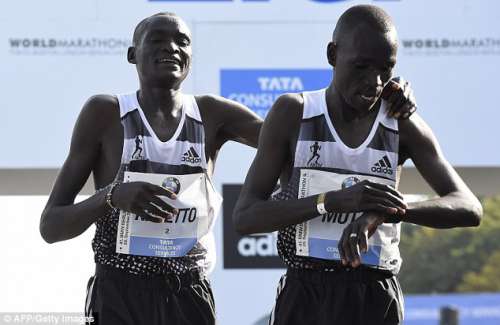 The IAAF confirmed on their website that the ratification procedures had been finalized and Dennis Kimetto winning time of 2:02:57 with   Emmanuel Mutai's 30K split of 1:27:37 are standing world records.