French pole vaulter Renaud Lavillenie and New Zealand's shot putter Valerie Adams were crowned the male and female Athletes of the Year for 2014. 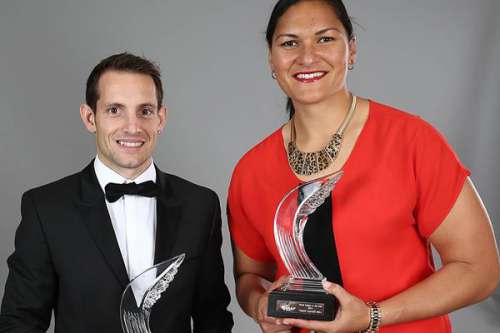 Both athletes received their Athlete of the Year trophies at the IAAF World Athletics Gala in Monaco on Friday night.

It was the first time in athletics history when both field event athletes win the IAAF Athlete of the Year Award.

The 28-year-old Frenchmen,  Lavillenie, set a pole vault world record of 6.16m in the Ukrainian city of Donetsk in February and won 21 of his 22 competitions in 2014. He  won the European Championships , IAAF Continental Cup,  and the IAAF Diamond Race.