Kenyan athlete Bernard Kipyego won the 39th edition of the Amsterdam Marathon on Sunday, while Betelhem Moges from Ethiopia was the fastest in the women's race. 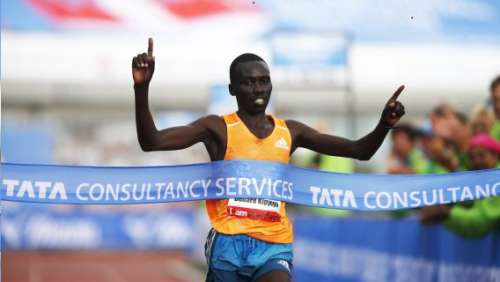 The 28-year-old Kipyego escaped from a leading group after 38 kilometers and crossed the finish line solo after 2:06:22. His compatriot Lucas Rotich (2:07:18) finished second and fellow Kenyan John Mwangangi (2:07:28) ended third. All three Kenyans ran a personal record under the warm circumstances (19 degrees Celsius) in Amsterdam.

Wilson Chebet, the Kenyan winner of the past three years, could not follow the pace of the leading group after thirty kilometers. The holder of the course record (2:05:36) was not able to compete for the top places and quit the race.