Next year's World outdoor Championships in Beijing will see four American men and four Jamaican women to clash in the 100m and the 200m races. 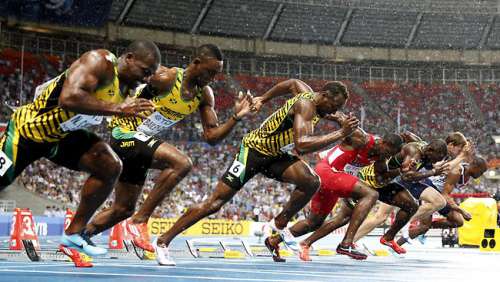 Usain Bolt is the defending world champion in 100m and 200m and have wild card to compete in next years world championships to defend his titles. The American sprinter Justin Gatlin secured his automatic spot on the USA's team after winning 100m Diamond League series which concluded last Friday and resulting that four Americans will be on the USA's team.

Jamaica's top sprinter Shelly-Ann Fraser-Pryce like Bolt is defending world champion and a guarantee spot on the team Jamaican for World's.  American sprint star Allyson Felix won the Diamond league series in 200m, so there will be four Jamaicans and four American sprinters in the women's 200m in Beijing.

In Fact  Veronica Campbell-Brown won the 100m Diamond League trophy this season, but the IAAF rules states if World defending champion and the Diamond League winner are from the same country, only defending World champion can use wild card.