American sprinter Justin Gatlin have picked to race in both sprint events at the final IAAF Diamand Lague meet in Brussels on Friday, September 5. 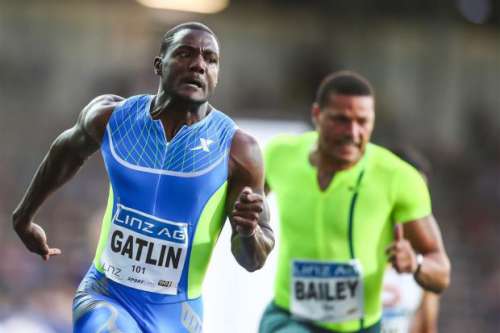 Gatlin holds word's season best times in the 100m of 9.80 and in the 200m of 19.68 seconds and tomorrow will face a strong opposition of the  top Jamaican sprinters.

Also in the field is the 2007 world  100m and 200m champion Tyson Gay of the United States, who recently returned to action after serving one year doping ban and Kim Collins of Saint Kits and Navis,  who at age of 38 on July 20th at the London Anniversary games set a new national record of 9.96.

Gatlin this season has raced  14 times in 100m and twice in the 200m and so far has not been defeated.

On July 3 at Lausanne DL Gatlin set a 100m world lead of 9.80 seconds and two weeks later in Monaco the 32 year old sprinter set another world leading mark and PB in the 200m of 19.68 seconds.