World's fastest men, Usain Bolt, while visiting Beijng told in a press conference that he still has hopes to break his own world records. 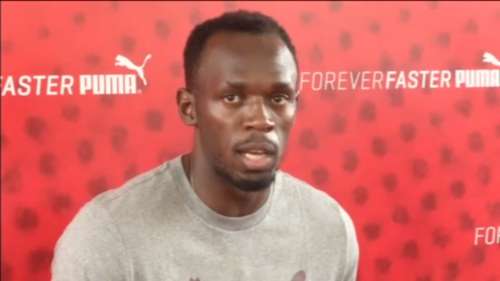 "I just want to come back here and duplicate what I did 6 years ago, I want to to do great things, break the records and enjoy the competition:" Said Bolt, who broke the 200m world record  at the World Championships final in Bejing in 2008.

"It is impossible for me to forget what I did, It was one of my greatest experiences and it was the beginning for me."

"When it comes to my world records I don't know if it is going to happen, but I always go out there and try to run fast and do my best." Bolt added.

This season world record holder in 100m and 200m was sidelined by a foot injury and was able to race only three times.  In Commonwealth games in August 3  Bolt helped Jamaica win 4x100m gold and two weeks later in Rio de Janeiro Bolt won the 100m on a specially built track built on the Copacabana beach. In  August 23 in Warsaw he set history's fastest time  indoors clocking 9.98 seconds and after that he called it a season.