• Alekna at 42 Ends His Brilliant Career

History's one of the greatest discus throwers, Virgilijus Alekna of Lithuania, put an end to his brilliant career as a discus thrower on Sunday at the ISTAF Berlin World Challenge meet. 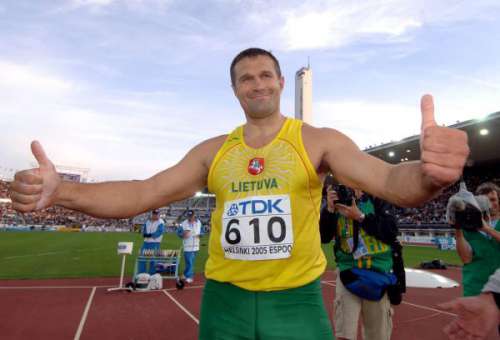 "It feels a bit sad but I was competing for a very long time," said the 42-year-old Alekna. "Berlin was the right place to close up my long career because it is the place where I started so many times and it is a nice venue."