World's one of the greatest athletes alive, Usain Bolt, arrived has arrived in Warsaw ahead of his appearance at the Kamila Skolimowska memorial at the National Stadium on Saturday, August 23. 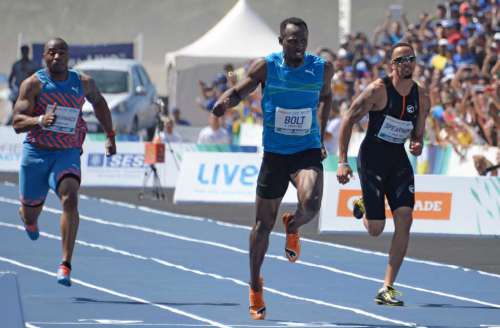 On August 17, the 27 year old Jamaican ran his first 100m race in Rio de Janeiro, Brasil at the four lane track built on the Copacabana beach. Bolt won the race in 10.06 seconds, but said that "feeling slugish" and poor start were the reasons that did not let him perform better.

Kamila Skolimowska memorial will kick off on Saturday, August 23 at the 7:00pm central Europen Time.

To watch the event live follow the link here>>